Edy Was A Lady

At last… the ‘Lost’ Memoirs of ELLEN TERRY’s only daughter 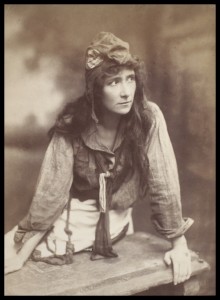 The subject of Ann’s latest book, this talk features the colourful life of Ellen Terry’s daughter told through her ‘lost’memoirs, found in an attic and now belonging to Ann Rachlin.

EDITH CRAIG (1869-1947) – illegitimate, lesbian, suffragette – was the most extraordinary contributor to British Theatre of her time. As an actor on stage and in silent movies, she was also a brilliant, costume designer, costume maker, stage producer, director and fencing expert. As she worked and toured throughout the UK and USA with her mother and Sir Henry Irving, her memoirs throw light on that iconic theatrical partnership, illuminating in a most colourful way the magic that gripped audiences everywhere. Not only did she meet and work with other illustrious names of the day including Sarah Bernhardt, Lillie Langtry, George Bernard Shaw, Alfred Lord Tennyson, J.M. Barrie, Thomas Beecham, Richard D’Oyly Carte, Queen Alexandra, King George V, amongst others -but she also lived her personal life in a ménage à trois!

Edy’s memoirs were dictated five years after Ellen Terry – and her bohemian lifestyle – had died. Ann Rachlin, who by chance acquired the memoirs in 1978, has worked extensively on them, putting them in correct chronological order, enhancing them with appropriate descriptions of those who made a personal impact on Edy’s colourful life and career. 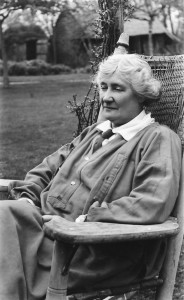 Now the memoirs are ready for all to read – complete with a superb collection of rare photos and illustrations.

EDY WAS A LADY is a fascinating talk featuring a feast of recollections from one who for so long lived happily in the shadow of her mother, ELLEN TERRY but who now, at long last, is in the spotlight in her own right.